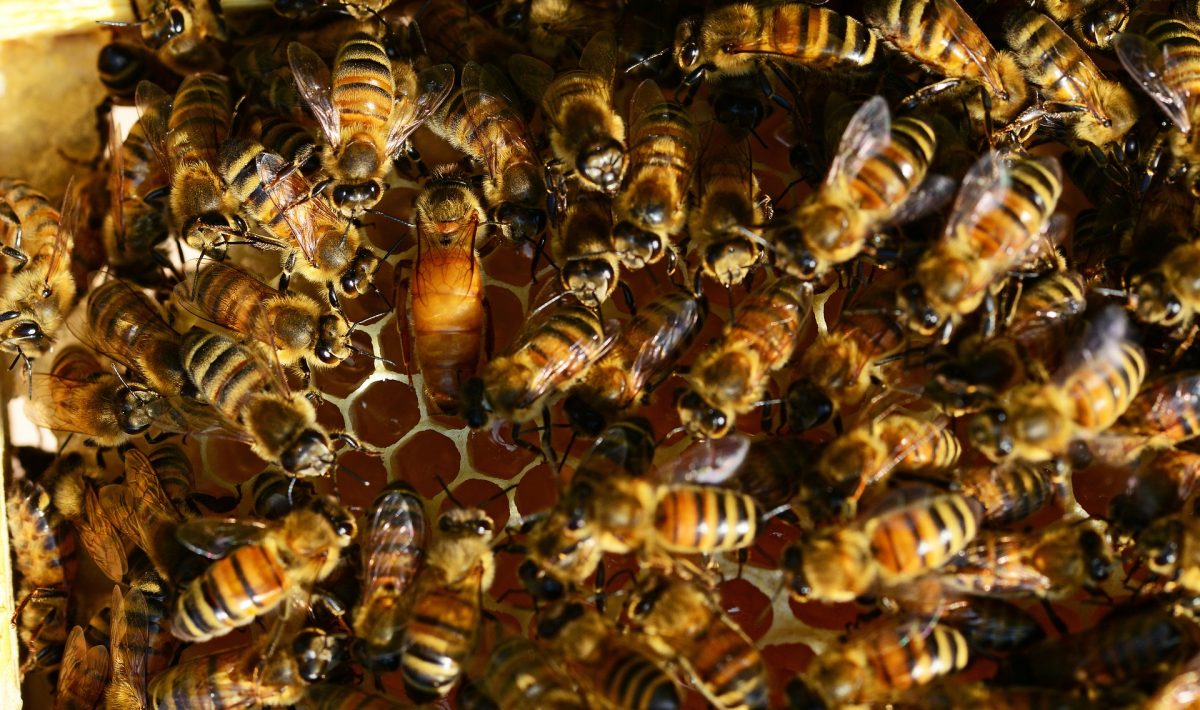 The “Queen Bee” is often thought of as the most important member of the colony and bee hive. In many ways, this is actually true. However, there are some situations where the worker bees have more “say” and control over the colony than the queen bee. Let’s take a quick look at how many queen bees there can be in a bee hive and how important the queen bee actually is to the colony.

How Many Queen Bees Can There Be in a Bee Hive?

The simple answer to this question is one. In most cases, there’s only one queen bee in a bee hive. There are, however, some situations where there may be two or more queen bees that peacefully coexist within the same bee hive but only for a limited amount of time.

In some cases, beekeepers can use a multi-queen hive where the queens essentially have one colony within a single bee hive structure but have no access to one another. Admittedly, such hives are quite rare and take some level of ingenuity, but when all is said and done, there will be more than one queen in a bee hive.

When Is There More Than One Queen Bee in a Hive?

As mentioned, there are certain situations where there could be more than one queen bee in a hive. I have already touched on the multi-queen hive system where a beekeeper purposefully intervenes and sets up two queen bees in a specially constructed bee hive.

Apart from that, there are other situations where two queen bees could naturally coexist in a single bee hive, albeit for a short period of time. Some of these situations include:

This is one of the most common natural two-queen systems in the bee colony. When the daughter of a failing queen bee begins to coexist with her mother in the same colony for a limited amount of time.

When the two queens are injured

The main reason why the natural order of bees is a “one queen colony” is because the queens always fight for the mating rights to lay eggs. Should any two queens ever meet, a fight to the death will ensure with only one of them being victorious.

Should it happen that two queens meet when they are both frail or too injured to fight, then this reproductive contest will be rendered moot, and both queens could actually coexist until they both get “taken out” by the worker bees.

However, it isn’t always up to the queens to decide. In many cases, the worker bees have a big say on who becomes queen when the colony needs a new one.

Who Controls the Number of Queen Bees in a Hive?

In many cases, this often falls to both the queen and the worker bees:

She always fights for the right to be the only mating female who can lay eggs within a single colony. Any rival queens will either be killed or expelled by her.

The worker bees have an interesting relationship with their queen bee. While they basically live their entire lives serving the queen, they also decide when she is no longer fit to be queen bee and when to raise another queen.

The worker bees are always looking to do what’s best for the colony. When they begin to notice that their current queen bee is failing or isn’t producing enough eggs to grow the colony, they make the tough decision to replace her. They do this by raising alternative queen bees. They can raise up to 20 queen cells in the combs within a three-day period. The first one to emerge among these new queen cells will be the new queen.

The only problem with this system is that sometimes, the old queen senses that she is about to be replaced and goes on a hunting mission. She roams the hive seeking out the newly raised queen cells and destroys them by either eating them or stinging the tiny would-be queen bees inside before they have a chance to live and grow.

There are other cases where the workers decide that a second queen is needed without necessarily having to kill the old queen. This often happens when the colony has grown so big and strong. In these cases, the old queen usually lives that hive with her loyal disciples and goes on to start a new colony. This is called “swarming.”

What Happens When Two Queens Find Themselves in the Same Hive?

Since the worker bees are the ones that decide whether or not a new queen is needed, sometimes this results in two queens finding themselves in the same hive. So what happens here?

The worker bees choose the new queen and feed her with royal jelly. Once she is big, strong and ready to come out (that takes about 16 days), she will make a pipping sound that tells the worker bees that they need to help her eat through her wax cell. This pipping sound also alerts the old queen that a new queen is about to enter the fray. As a result, the old queen starts pipping too.

With both queens pipping, the worker bees will often remain in something of a trance since they will be caught between two minds: to help the old queen or to help the new queen. Both rulers need their attention at this point. Eventually, one of three possible things will play out:

The old queen will leave the hive with a contingent of her loyal workers while the remaining workers will help the new queen build up the colony.

If the new queen manages to get out of the wax and the old queen doesn’t kill her, then they will rule together for a short period of time as the younger one picks up the slack from the old one.

A fight to the death

Should they meet and both are in good shape, then there will be a fight to the death between the two to determine who will be queen.

Very rarely will you find more than one queen in a hive. The natural order or hierarchy of bees is that every hive has one queen at a time.

How Many Bees in a Hive?

Where to Buy Bees for a Hive