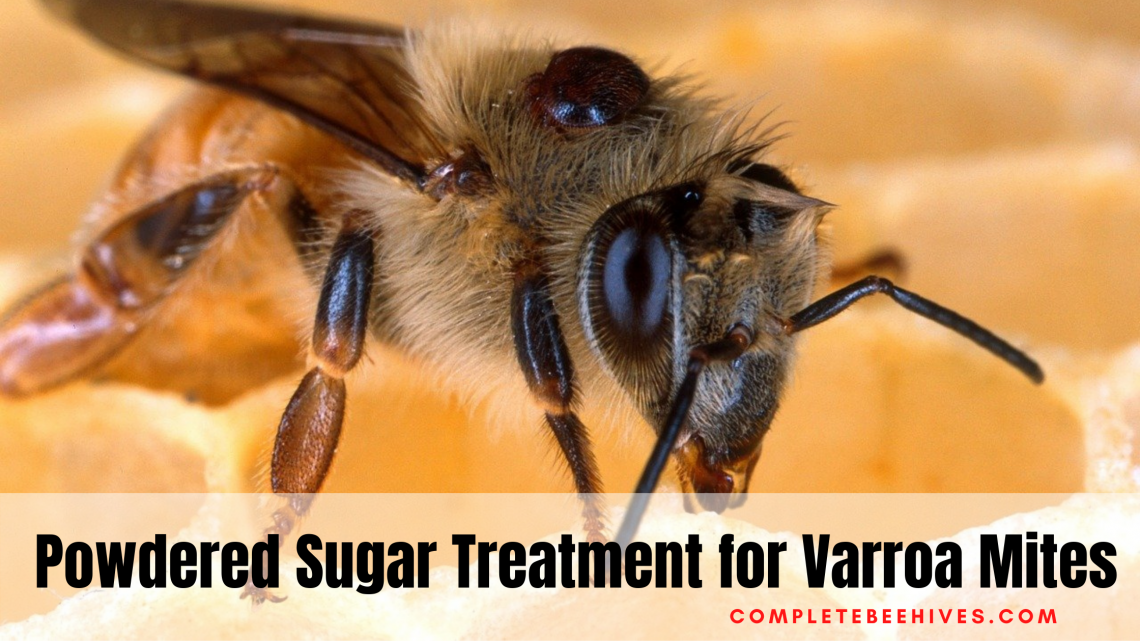 While the Varroa mite may be tiny, it can cause a lot of damage to a honey bee colony.  Beekeepers must be diligent in monitoring and treating Varroa mites in their hives.

There are a few different methods for detecting and treating Varroa mite infestation.  Powdered sugar treatment for Varroa mites is a good way to treat hives because it is chemical free and does not kill any bees.

Varroa mites are parasitic mites that attach to the bee and feed on their fat bodies. They feed and live on adult honey bees, larvae, and pupae.  Varroa mites can wreak havoc in a beehive, causing viruses and weak or malformed bees.

Appearance wise, Varroa mites are quite small and brownish red in color.  They are flat, about 1–1.8 mm long,and have 8 legs.

Reproduction of Varroa mites occur in the honey bee brood cell. Varroa mites are 10 times more likely to lay eggs on drone brood because of their longer brood cycle.  Females usually live for about 2 months, but they have also been known to overwinter on the body of the honey bee.

Hive inspections, particularly inspections of drone brood are important to detect Varroa infestations.  Varroa mites reproduce more in warmer temperatures, due to the honeybees having brood year round.

What do Varroa Mites Do?

The effects of the Varroa mite can be devastating to a honey bee colony. They attach to the body of the honey bee and feed on their hemolymph.  Brood infested with Varroa mites either die or suffer significant weight loss.

As a result, the honey bee will have impaired flying functions and may not be able to adequately produce royal jelly.  Royal jelly is important to the hive, as it is what developing larvae eat.

Worker bees that have been parasitized by Varroa mites suffer from difficulty navigating, prolonged absences from the hive, and ultimately shorter life spans.  Transmission of viruses is a big problem with Varroa mite infestation, as the mites greatly hinder the bee’s immune system.

Colonies with low levels of mite infestation are generally not affected too much, but large infestations can be devastating.  Severe infestation causes colony collapse and ultimately, colony death.

Hive inspections are important to detect and prevent Varroa mite infestation.  When doing hive inspections, look for the following:

If you find that your hive has Varroa mites, there are a few different treatment options.

Alcohol washing is a quick and effective way to detect Varroa mites, but the downside is that it kills the bees that you sample.  For this test, bees from a brood frame are placed in a jar containing alcohol.

Most Varroa mites will be found within drone cells. That’s why drone uncapping is an effective way to detect Varroa mites. For this method, drone cells are uncapped using a cappings scratcher.

The drone pupae are removed and examined to look for mites. The bottom of the drone cells should also be examined, as mites may be hiding there.  Drone should be uncapped from 3 frames from randomly selected hives.

The sticky mat method of inspection is good because it is non invasive and does not kill any bees.  For this, a sticky mat is placed on the bottom board of the beehive for 48 hours.  A mesh screen may also be placed on the mat to prevent bees from getting stuck to it.

If there are external mites in the hive, they will fall off the bee’s body and onto the sticky mat due to miticide use or regular grooming. The sticky mat is then removed and examined for Varroa mites.

Also called sugar shake or sugar drop, this method is quick and does not kill any bees.  This method works by coating the bees in powdered sugar.  This works in 2 ways.  The fine sugar gets onto the mites feet, preventing them from gripping onto the bee.  Secondly, the sugar makes the bees groom themselves, further dislodging mites from their bodies.

How to do Powdered Sugar Treatment for Varroa Mites

To do the powdered sugar treatment for Varroa mites you need the following: a large jar, a lid with holes drilled in it, or a mesh lid, powdered sugar, large newspaper or plastic sheet, and a bucket to collect discarded sugar.

The bees that are coated with sugar will now groom themselves, causing mites to fall off their bodies and through the hive. Make sure you have a screened bottom board on, or a sticky mat if you want to count the mites.

A similar powdered sugar treatment for Varroa mites is the powdered sugar drop.  This method has the beekeeper pouring 1 cup of powdered sugar onto the brood frames once a week for 3-6 weeks. Use 1 cup of sugar per hive body, excluding the supers.

Just like the sugar shake method, the mites will not be able to stick to the bees and the bees will groom the mites off of themselves.  Doing this for at least 6 weeks is more effective because it breaks the mite’s brood cycle.

The powdered sugar drop will not get rid of 100% of mites, but if treatment is kept up consistently for at least 6 weeks, you will see a significant drop in mite levels.  It is a good method if you want to go the chemical free route.

Parasitic Varroa mites can infest honey bee colonies and cause viruses, weak and malformed bees, and colony collapse. Powdered sugar treatment for Varroa mites work by coating the bees in sugar so mites cannot grip onto their bodies.  It is a chemical free way to manage mites in a beehive. 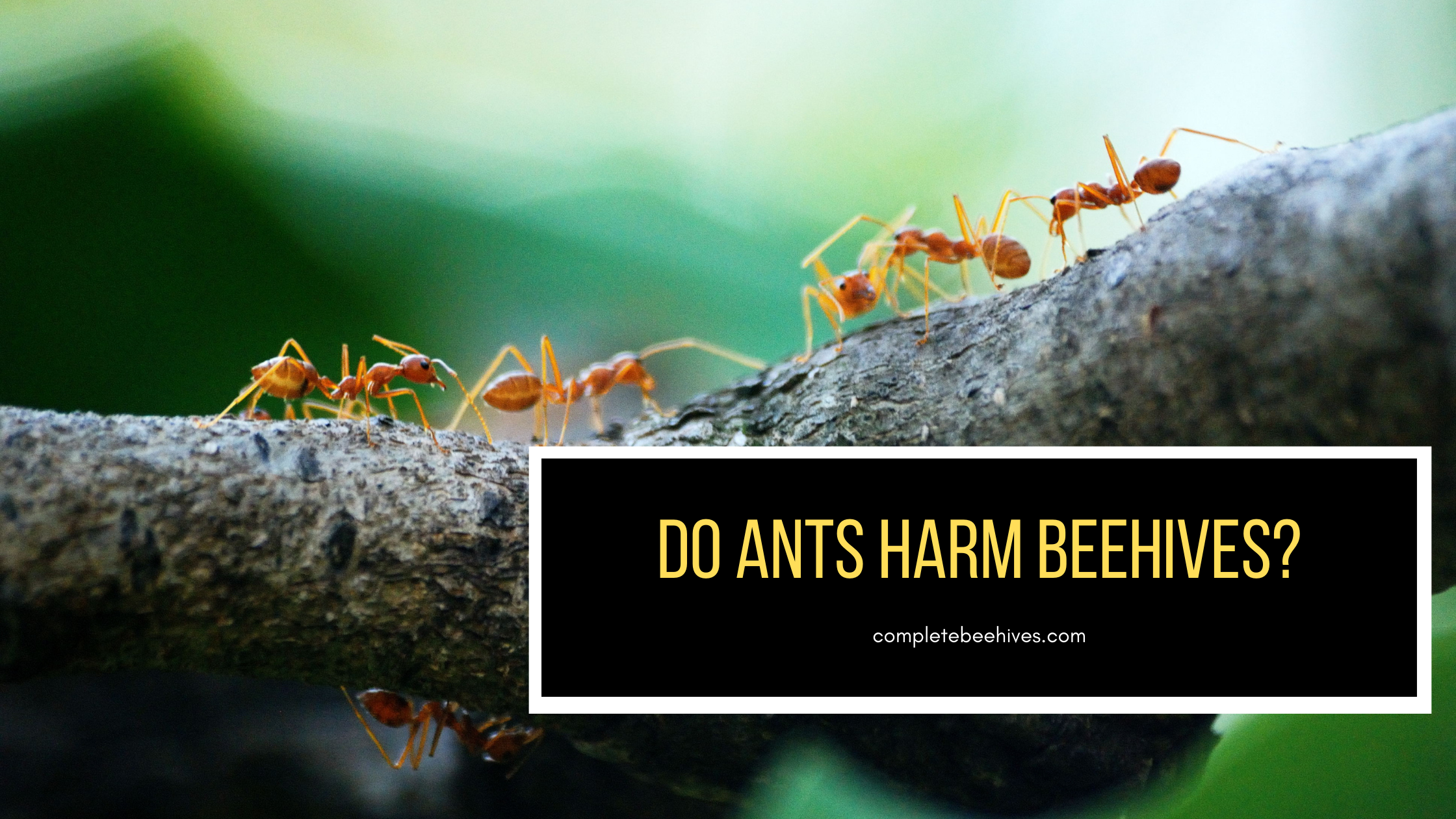 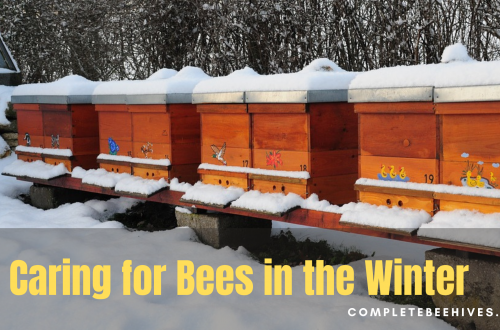 Caring For Bees in the Winter 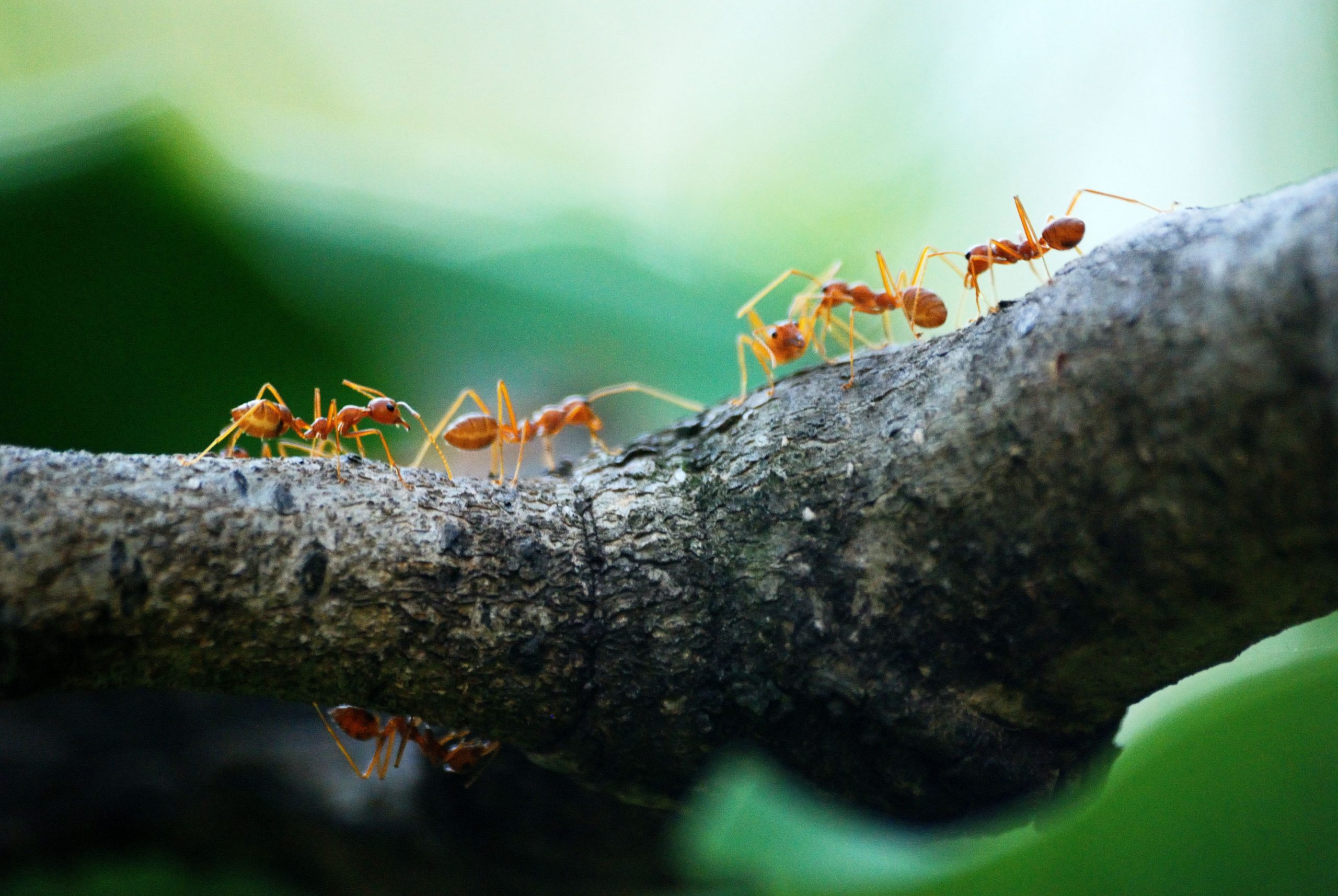