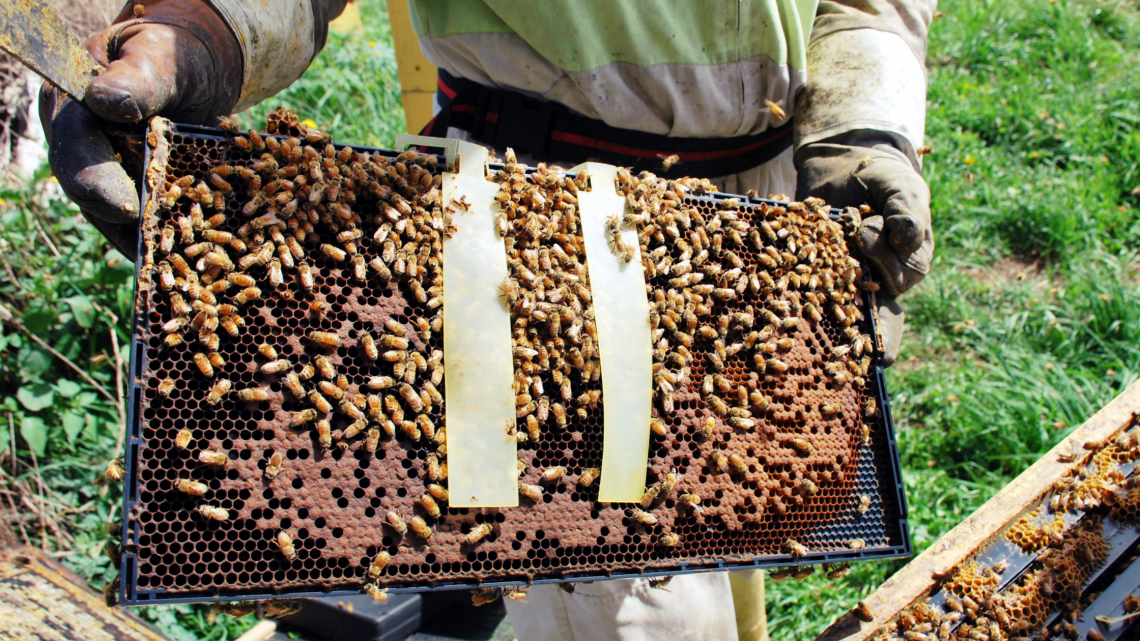 When you find that your hive has been affected by varroa mites, it is important to treat your hive quickly and properly.  It is not uncommon for untreated hives to become infested with varroa mites and eventually lose the colony.

In order to treat varroa, most beekeepers will stick to a varroa mite treatment schedule.  That way, you can be sure that you get rid of all of the mites.

Also called varroa destructor, the varroa mite is a parasitic mite that feeds on honey bees. They are very small and reddish brown in color.

Varroa mites live and feed on adult honey bees, but they are very harmful to developing larvae as well.  These pests feed and reproduce on bee larvae and pupae, causing malformation and disease.

If not treated, varroa mite infestation can get quite heavy within 3-4 years. At this point, the brood would be greatly affected, and the bees would be crippled and weakened.  Eventually, the hive population will become so low that supersedure will occur, and the colony will die.

When conducting your hive inspections, it is important to look out for symptoms of varroa mite infestation.

On adult bees, you may see the following:

In the bee brood, you may see the following:

There are a few different methods for treating varroa mite infestation.

A brood break is given to the colony in order to force the mites out of the cells.  To do this, remove the queen from the hive for 3 weeks. In that 3 week period, all of the brood will hatch and the mites will be forced out of the cells.

The mites will then attach to the adult bees, however the absence of brood will cause the bees to increase their grooming behavior. Another benefit of a brood break is that because there are no new brood being made, the mites will not have anywhere to reproduce.

When using a screened bottom board and perhaps chemical treatment, a brood break can really help reduce the number of varroa mites in the colony.

Varroa mites prefer to use drone brood for reproduction. In fact, drone cells have 6 times as many mites as worker cells. Therefore, using drone comb removal in a colony can work as a way to trap and remove varroa mites.

Drone frames are a plastic frame and foundation that is designed in a way that compels bees to build drone comb there.  After the drone comb is capped, the beekeeper can remove the frame and remove the comb.

Mite Away Quick Strips use the active ingredient, formic acid to kill mites that are under the brood cap.  It is recommended that you place one strip in the brood box for 10 days.  It is important to use gloves when handling the strips, as it could cause skin irritation.

After the 10 days are up, simply remove and discard the strips. This treatment can be done throughout the year, just make sure to allow a minimum of 1 month between treatments.

Apiguard is a natural treatment that controls varroa mite populations using a slow release gel. It comes in a tray that should be placed on top of the brood frames. The tray is left in the hive for 2 weeks.  Then a second tray is placed in the hive for an additional 2-4 weeks.

The active ingredient in Apigard is thymol.  Thymol is a naturally occuring substance from the thyme plant.  When used correctly, thymol does not harm or disrupt bees and does a good job of killing mites.

Apiguard must be used outside of the honeyflow, as the gel can taint the honey.  You also want to use Apiguard when the colony is still active, as you want the bees to transport it around the hive.

The powdered sugar method involves sprinkling or coating the bees with powdered sugar.  This will make the bees groom each other, removing the mites from their bodies. This method can be labor intensive and may need to be done frequently

Oxalic acid has been approved for use in beehives in 2015.  It kills mites, while leaving the bees unharmed. However, improper or overuse can be detrimental to bees and the beekeeper, so it is important to use oxalic acid with caution.

The second method is vaporization.  This way does require special oxalic acid vaporization equipment, but it is quick, effective, and can be done without opening the hive. This is especially helpful if you want to treat the hive during late fall or winter, when it isn’t best to open the hive.

One drawback of oxalic acid is that it is not effective on capped brood.  Therefore, it is best to utilize a varroa mite treatment schedule to take care of mites both on the bees and in the brood.

Early spring is a good time to treat varroa mites, as there is little capped brood and no honey supers.  You can use most types of treatment at this time.  Oxalic acid vapor is a popular and effective treatment used in spring.

If doing drone brood removal, summer is a good time to do it.  At this time the colony should be established enough to make a lot of drone cells. Just make sure to check on the frame in 2-3 weeks to remove the larvae (and mites).  Some beekeepers do this once a year, while others will do it all summer.

Mite Away Quick Strips can be used during the summer and early fall. Temperatures should be between 50°F – 85°F on the day of application.

Oxalic acid works best against mites that are phoretic, meaning mites that are either attached to bees or crawling around the hive.  That means that the best time to apply oxalic acid is during a time when there is no, or little capped brood.

Apiguard is also a good late summer and fall treatment.  It should be administered outside the period of honeyflow, but when the bees are still active.  Ideal temperatures for Apigaurd is 59°F or more.

There isn’t much you need to do with your hives during the winter.  At this point, the queen has greatly reduced or stopped laying eggs and the bees stay in the hive. It really depends on the weather though.

You definitely can treat your hives for mites in the mid winter.  Doing so will help with the mite load in the spring. In fact, oxalic acid will be very effective in the winter since it is a naturally broodless period.  Vaporization is the best method for winter because it is non invasive and the hive does not need to be opened. 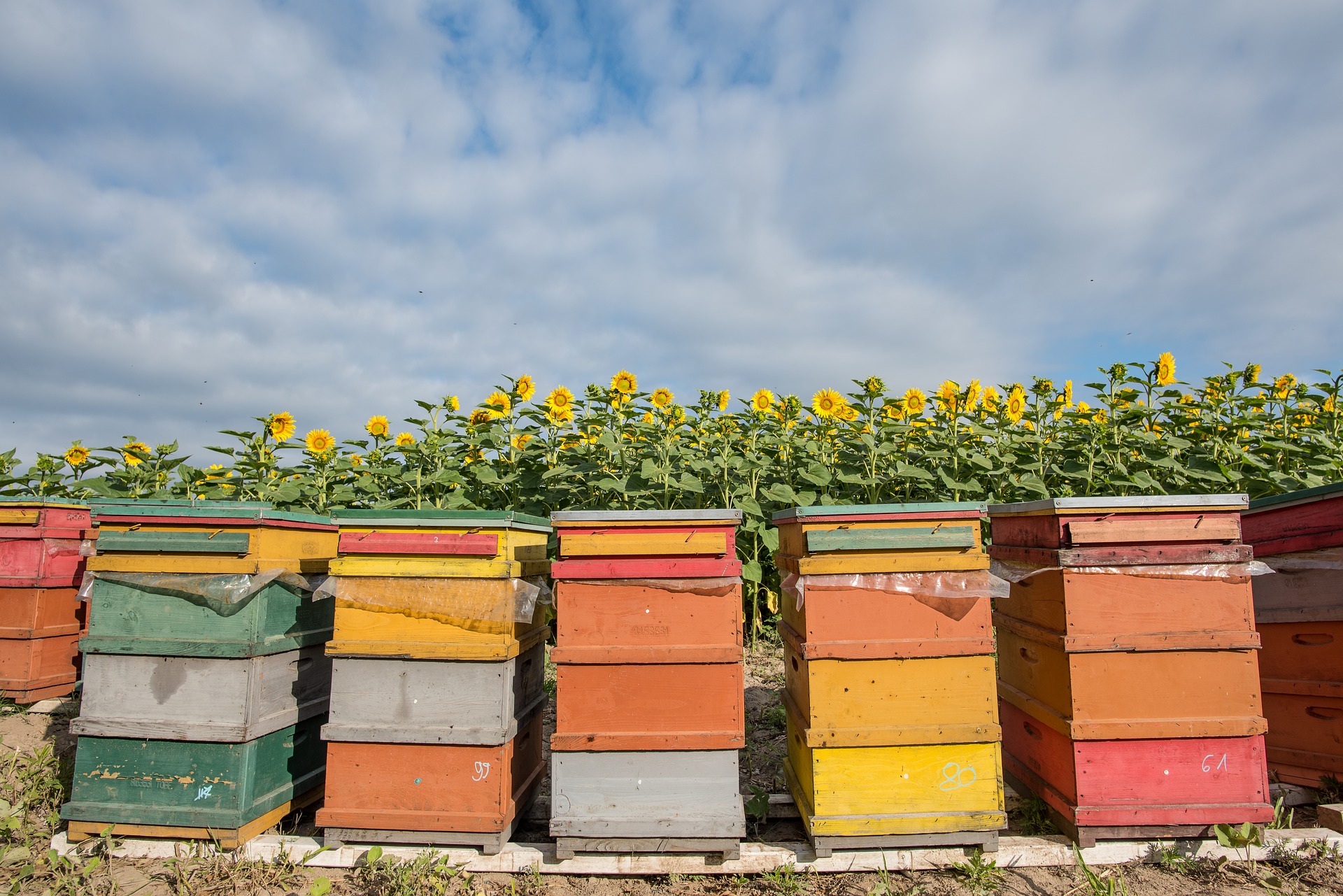 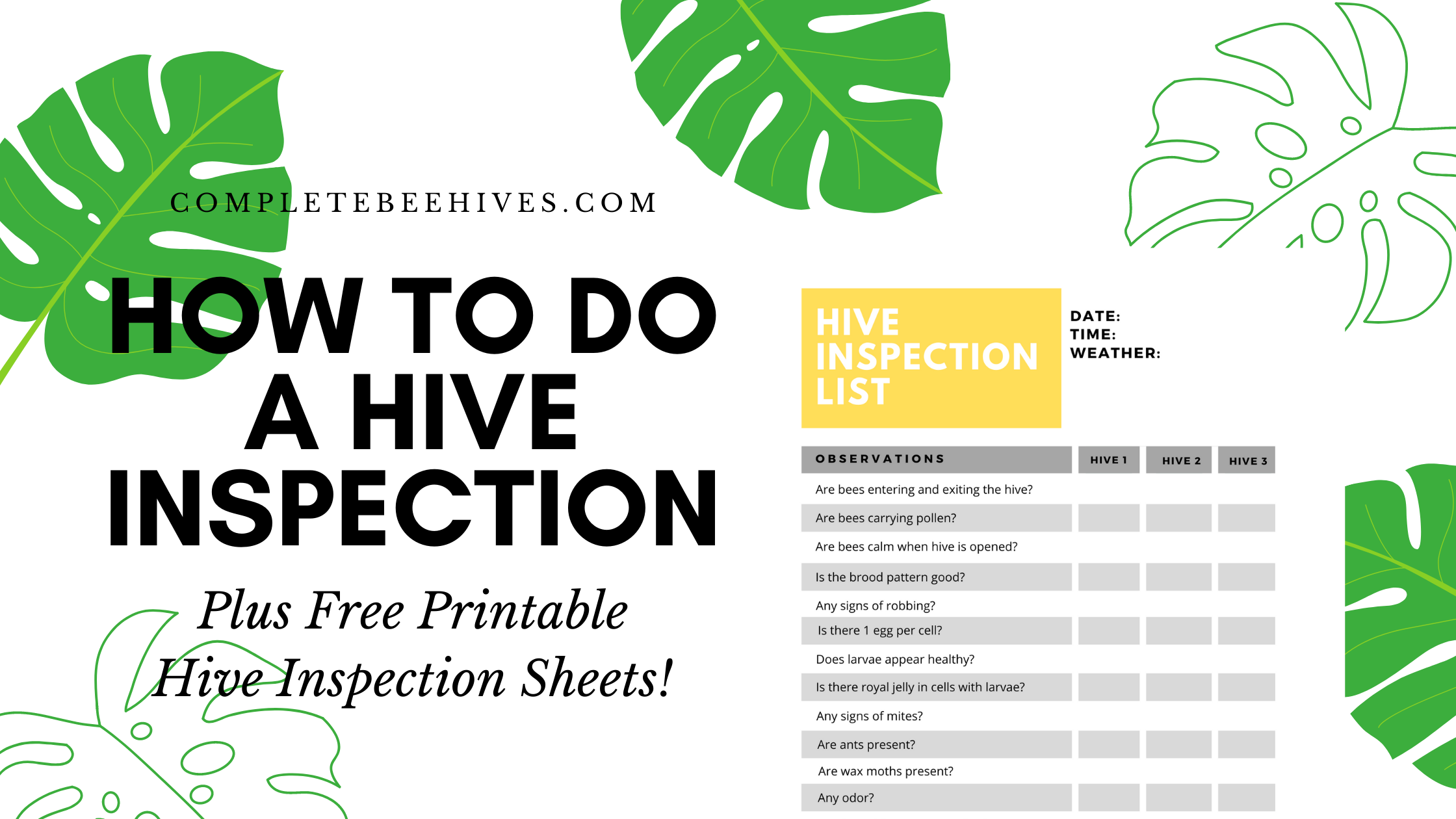 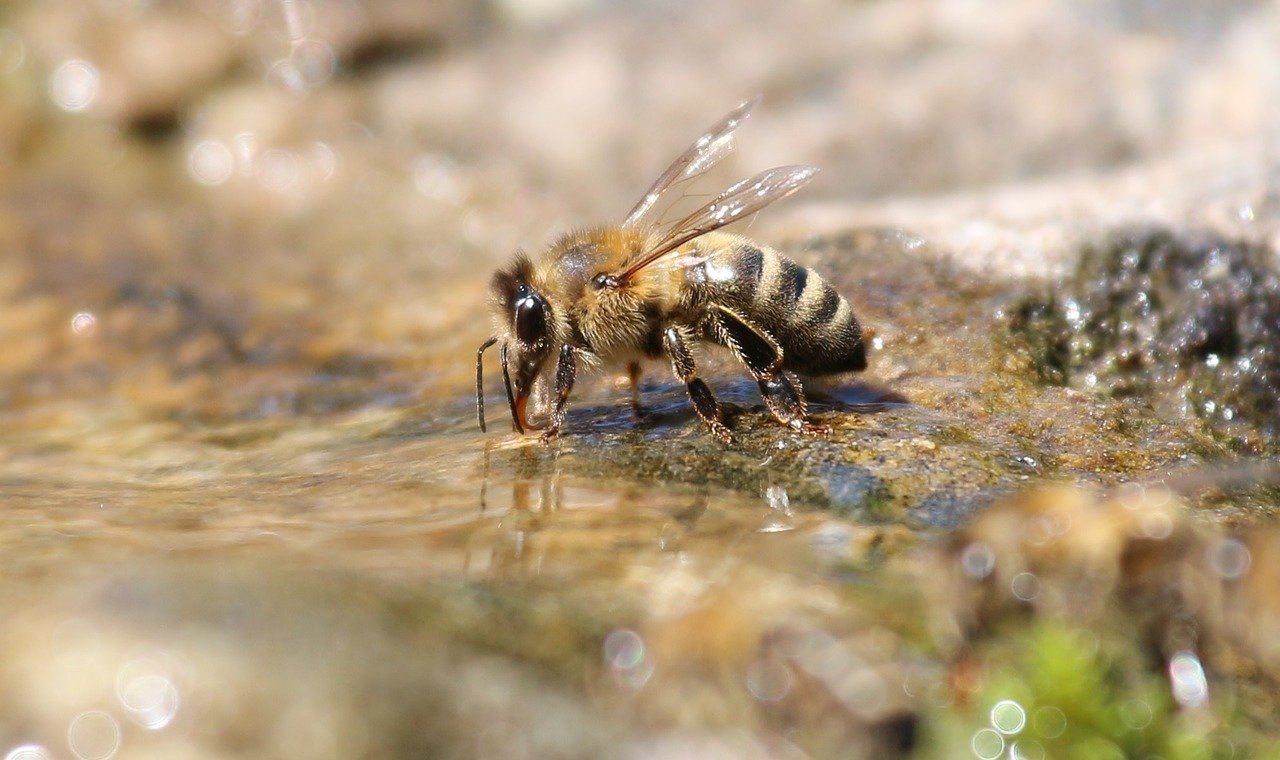