It’s something all beekeepers have to deal with at one time or another – robber bees.  Left unattended, robbing can be a big problem for colonies. Using a robber bees screen is a great way to prevent robbing from starting in the first place.

What Are Robber Bees?

Robber bees are bees that enter a different colony with the intention to steal their honey.  These are forager bees that simply want to collect food to bring back to their own colony.

Since robbing isn’t an easy task, robbers will target a weaker colony to steal from.  To enter the hive she must first fight the guard bees at the entrance.  Then she proceeds to find capped honey cells.  She rips open the cappings and sucks up the honey with her proboscis.  The stolen honey is stored in her honey stomach before she returns to her own hive.

The problem with this is that once she is able to successfully rob another colony, she will recruit other bees to join her.  Since the bees in the hive being robbed will fight all robbers, this situation can mean death to a lot of bees.  It is difficult for a weaker colony to fight against many robbers.

Robber bees are foragers, so to them, they are just doing their job. It is their job to go out and collect as much resources as they can. That includes pollen, nectar, propolis, water, and in this case, honey.  Robbing behaviour usually happens during late summer and early fall, when it gets harder to find nectar.

The key to dealing with robber bees is prevention.  It can be very difficult to stop robbers once they have started, so it’s best to try your best to prevent it from happening at all.  The best way to prevent robber bees is to make it difficult for them to get in.

Robbers will enter the hive through any means possible, so that means that small cracks or holes in the hive are highly susceptible to robbers bees.  Inspect your hive from time to time and quickly repair or close up any damaged parts.

Installing a robber bees screen is quick and simple.  Your bees will now have to find the alternate entrance to the hive, but they will figure it out in a day or so. Robber screens usually have 2 openings that you can open and close.  Keep one side open at first, and if the robbers are able to figure it out, open the other side to confuse them all over again.

When to Install a Robber Bees Screen

You should install a screen earlier, rather than later.  With new or small colonies, some beekeepers like to install their screens from day 1.  That’s a smart move considering that those hives are susceptible to robbing.  Nucs or captured swarms should especially make use of a robber screen.

Another good time to install a robber screen is before a honey harvest.  The smell of the honey can attract robbers and start a robbing spree.

Robbing is more likely to occur during a nectar dearth, so if there is a shortage of nectar producing flowers in your area you should install a robber bees screen.  Leave the screen on until fall, or when the weather gets cold enough to keep the bees inside the hive.

Besides preventing robbers, it’s good to use a screen to prevent drifting.  Drifting is when a bee mistakenly enters the wrong hive.  This is more common when you have lots of beehives all lined up together.  Some drifting usually isn’t a big deal, but the problem is when the bee is carrying varroa mites.  That one drifting bee could cause an infestation.  Therefore, using a screen is also helpful for controlling mites in your hive.

Where to Get a Robber Bees Screen

Robber bees screens can be bought online. I like this one from Betterbee. Another option is to make your own robber screen. It’s pretty simple to make and you don’t need a lot of materials. See the video below for how to make a DIY robber screen.

Robber bees steal honey from another colony.  A good way to prevent robbers is to use a robber bees screen.  The screen blocks off the main entrance, while the bees belonging to that hive enter through a different, hidden entrance. 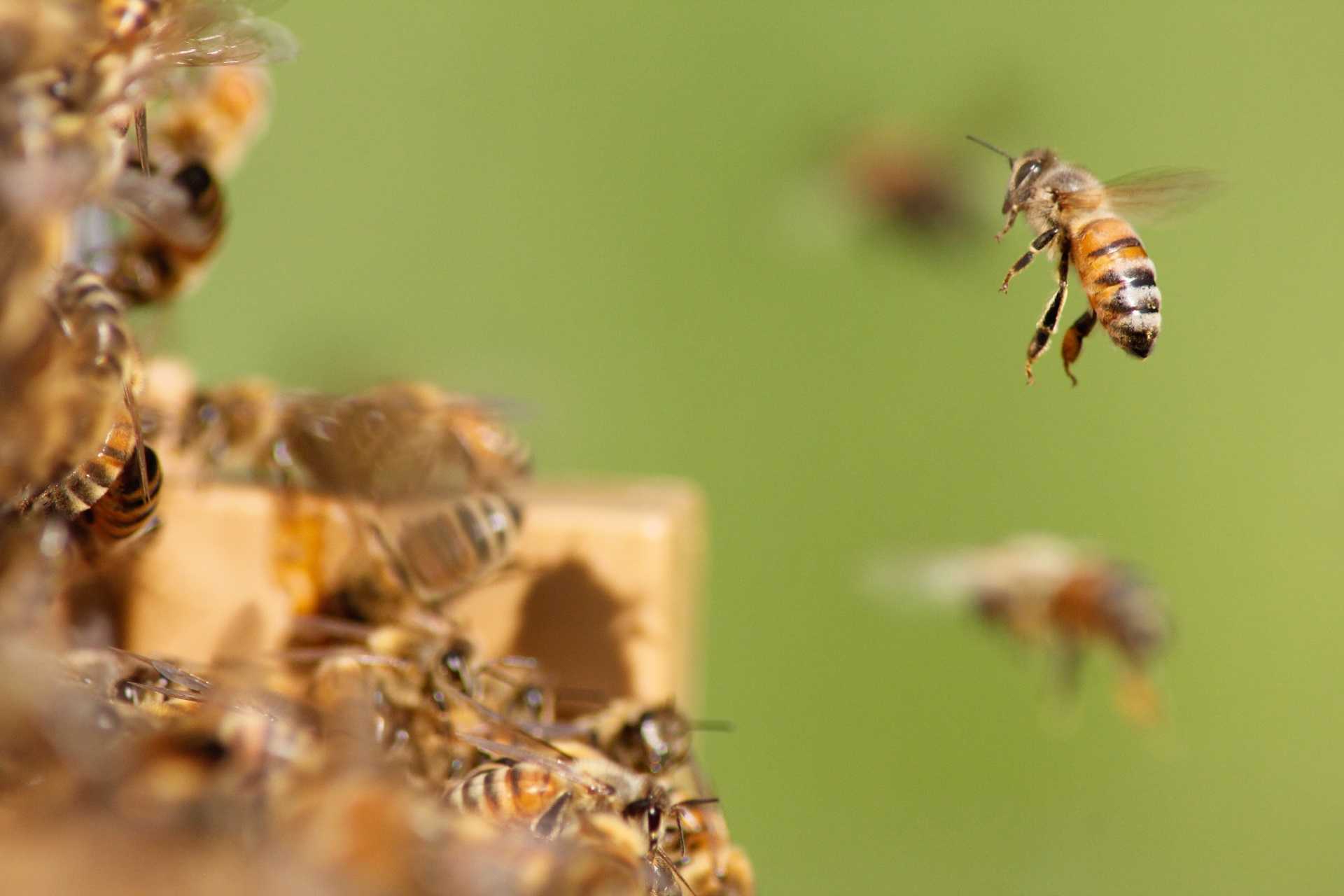 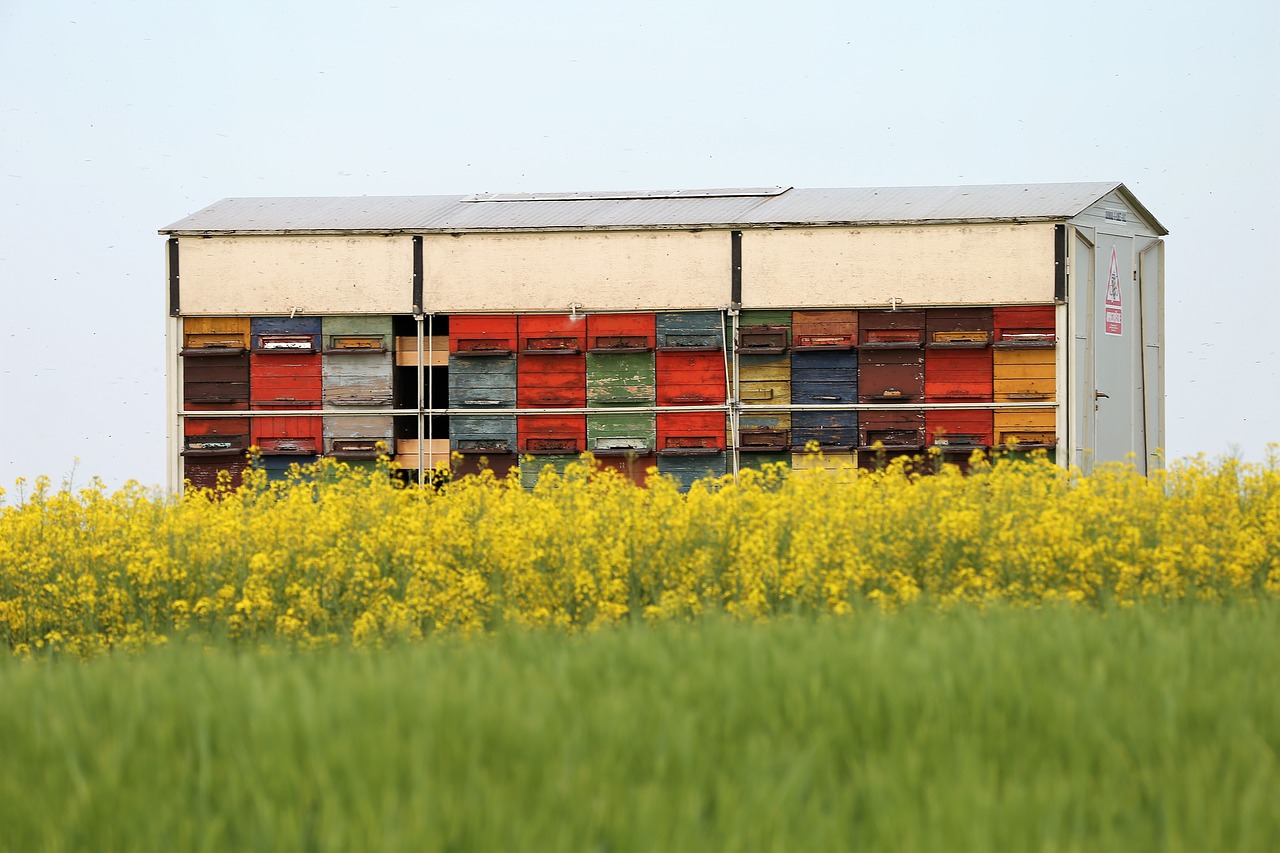 What is Migratory Beekeeping? 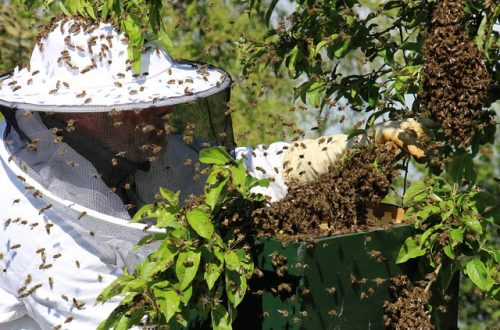 What to Do After Catching a Swarm of Bees