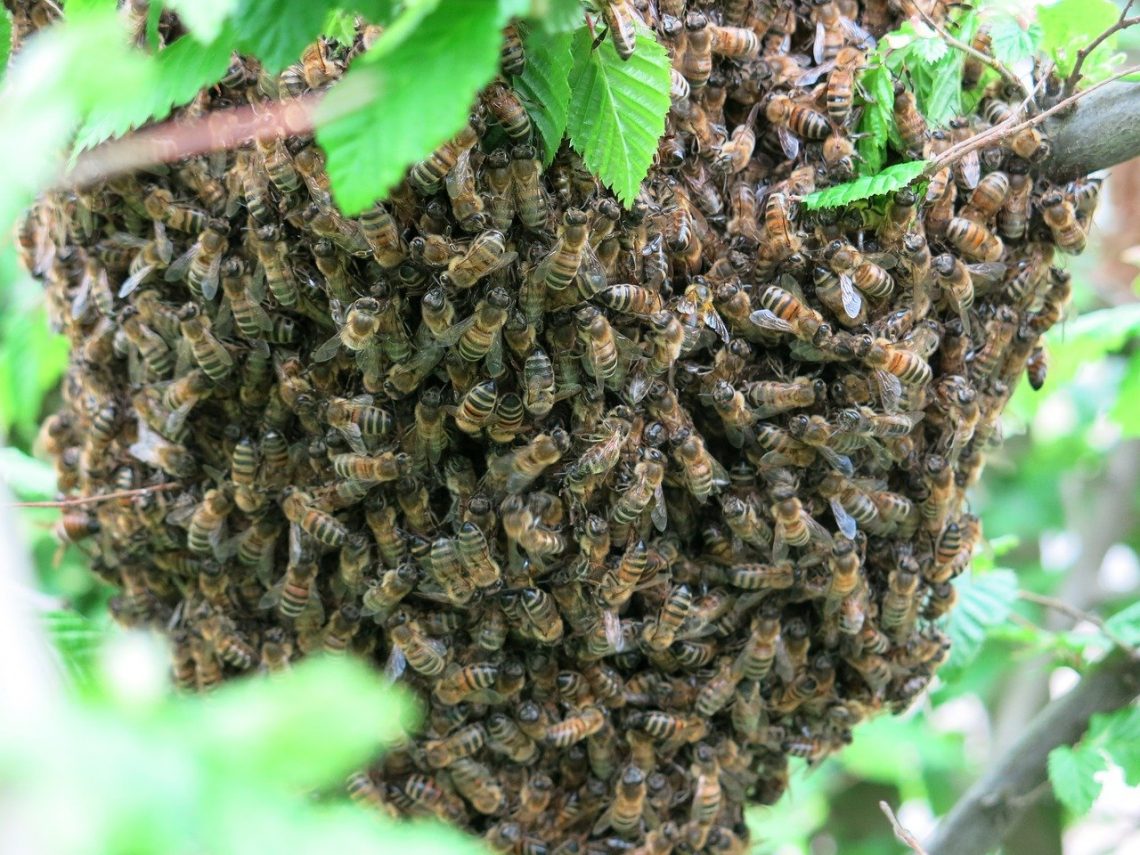 A bee swarm is a really remarkable thing to see.  Swarming is the colony’s natural way to reproduce.  For beekeepers, it is also an opportunity to get free bees.

In a beehive, swarming occurs when one colony splits into two.  It is something beekeepers must manage if they don’t want to lose half of their bees. If you are able to trap a wild swarm, it is also a good way to get some free bees.  But, why do bees swarm in the first place?

Swarming occurs when the colony gets too large.  The bees simply need more space.  And if the bees don’t have space, they cannot collect enough resources. At that point, the colony will make the decision to swarm.

Worker bees will feed the queen less to make her lighter, so she can fly.  They will also create queen cups to make a new queen.  As soon as the queen cells are capped, it is time to leave.

The existing queen and 60% of the colony will leave the hive in search of a new home.  This group of bees is called a swarm.  They move to a temporary location, not too far from the old hive.  This is so scout bees have time to find a new location.

Once a new location is decided on, the bees fly to their new home and begin to build comb, forage, and raise brood.  Beekeepers can place swarm traps, or baited hive boxes out to catch these swarming bees.

What is a Swarm Trap?

A swarm trap is a box that is set out in order to attract swarming bees.  The bees don’t necessarily get trapped in it, but the box does usually contain some sort of bait to lure them in.  Swarm traps are also called bait hives.

Swarm traps are made out of wood, or even plastic waste baskets.  It will have a small hole in the front for the bees to enter the trap and is usually placed in a tree.

How Does a Swarm Trap Work?

Swarm traps work by luring swarming bees into the trap.  To lure them, beekeepers place bait inside.  For bait, old brood frames and comb are placed in the trap so it smells like a used beehive.  Lemongrass oil is also commonly used in a swarm trap because the smell mimics that of a queen inside.

The traps are placed in areas where bees would like to live, like in trees or on a fence.  Then, when bees swarm, they will hopefully find the trap and go inside.  Once a swarm has moved into the trap, you can transfer them into one of your hives.

Where to Place Swarm Traps

It should also be in an area with at least partial shade, as bees don’t like too much direct sunlight.  If the box overheats, the bees will not stay in it.

It’s also good to place your swarm trap in a visible area, so it’s easier for the bees to find it.  Therefore, large landmark trees and trees along the edge of woods and roads are a good choice to place swarm traps.

Water is important to a bee colony, so it’s best to place swarm traps near a water source.  An area with a creek or pond nearby is more likely to attract bees.  If you live in an area that does not have a creek, you can also place bee baths or water containers out to attract bees.

If you are planning to catch swarms that come from your own hives, place the traps within 100 feet of your own hives.  If there is a tree or area that have attracted swarms previously, there is a good chance that it will happen again, so it’s a good idea to place swarm traps there again.

When to Put out Swarm Traps

Now that you know how a swarm trap works, and where to place swarm traps, you need to know when to put out swarm traps.  If you put them out too early, the bees won’t find it and you may attract pests instead.  Too late, and you’ll have missed all the swarming bees.

Swarm traps should be out in the spring.  That means that by mid April, you should start putting your traps out.  Most swarming occurs in May and June, so you want your traps to be ready before then.

Some beekeepers like to make their own swarm traps, while others prefer to buy them. Instructions for DIY swarm traps can be found here and here. If you are looking for a honey bee swarm trap for sale, the Interceptor is a popular trap. See video of the Interceptor in action below.

The Interceptor can be ordered on Amazon. It comes assembled, sanded, and ready for paint. This swarm trap is built strong for years of use.

Not only is catching swarms fun, but it’s also a good way to get free bees.  Swarming occurs when the bee colony gets too large and needs more space.  Swarm traps work by luring the swarm into a box or container.  Swarm traps should be placed in an area that is easy for scout bees to find. 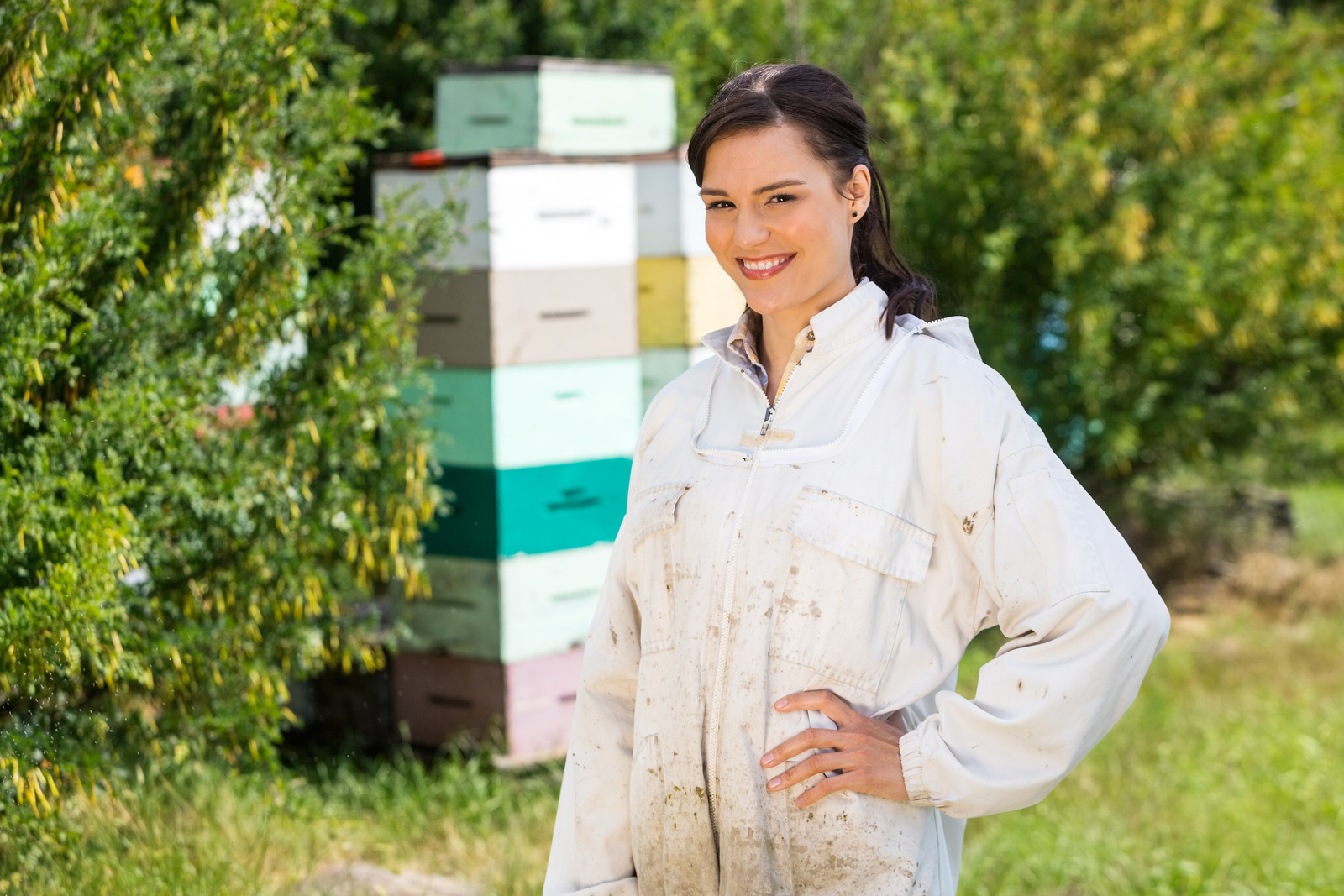 The Best Bee Suits for Women 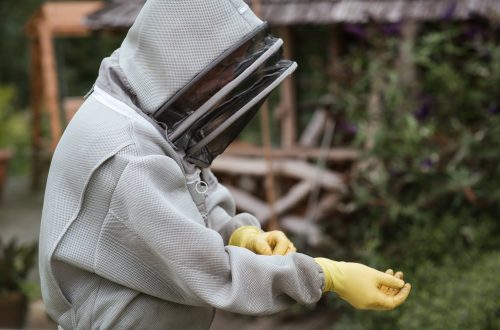 The Best Disposable Gloves for Beekeeping 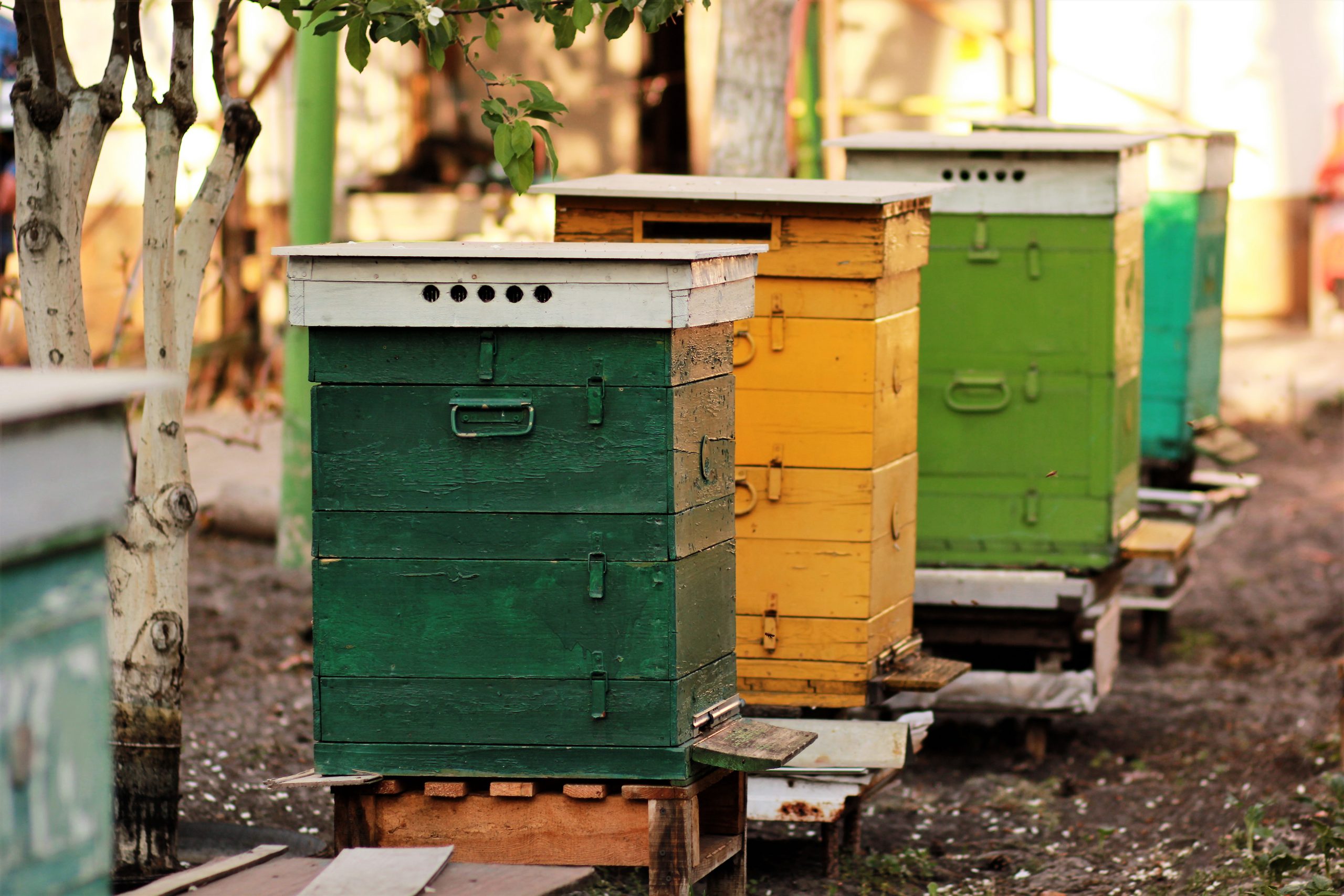